How Can You Tell If A Tree Will Survive After Being Hit By Lightning?

Older trees, due to their height, are natural targets during lightning storms. It's not uncommon for them to be hit by lightning several times over the course of their natural life. Some trees weather lightning strikes just fine, whereas others will die after the first time they get hit.

Read on for more information about how lightning causes damage to trees and how to tell if a lightning strike was a fatal one.

Why Does Lightning Cause Damage to Trees?

Lightning causes the sap to superheat and immediately turn into steam, and the expanding steam blows apart cell walls and scalds the inside of the tree. From there, the electrical current travels downwards into the tree's root system and exits into the earth.

Can Trees Survive Being Hit by Lightning?

On the other hand, if the lightning bolt hits one side of the trunk and then travels to the other side before exiting through the roots, there's a high chance that the tree will die. Lightning traveling laterally through a tree's trunk will nearly destroy its ability to circulate water and nutrients above that point—the superheated steam causes severe damage to a tree's circulatory system. If the damage is localized to only one side of the trunk, then there's usually an adequate amount of the circulatory system remaining for the tree to survive.

What Should You Do After a Tree Is Hit by Lightning?

The first step is to remove any broken limbs that may fall. Lightning strikes will sometimes crack limbs near the trunk of the tree, weakening them and making them more likely to break off. Call a tree service company to remove any limbs and branches that seem like they may fall off at any moment.

Afterward, however, you'll just need to wait and see if the tree can heal on its own. You can help the tree speed its healing process by fertilizing the soil around its root system and watering it weekly.

A tree will likely lose all of its foliage after being hit by lightning, since its circulatory system has been heavily damaged. This is usually not an indication that the tree has died. Instead, you'll have to wait until next spring when the leaves begin to grow again. If the tree managed to repair enough of the lightning damage, then it will start to grow new leaves. If the lightning damage was too extensive, then it will remain dormant.

There are several good reasons to remove a dying tree as soon as you can. As trees die, they become more susceptible to pests and disease, and these two things can both spread to affect healthy trees that are nearby. Dying trees also have a higher chance of suddenly losing branches, and falling branches can cause property damage or injuries to passersby. Losing an older tree in your yard because of a random occurrence like a lightning strike can be difficult to stomach, but it's best to remove it before it spreads disease to other trees or damages your property. When it's clear that your tree isn't going to survive, call a tree removal service to have it cut down. 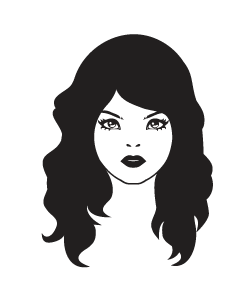 Have you recently opened a business in your hometown? Perhaps, you’re struggling to lure new customers into your business establishment. If you can relate to this scenario, consider doing everything in your power to improve the appearance of the outside of your company’s property. To accomplish this task, hiring a reputable landscaper is a wonderful idea. This individual can plant beautiful shrubs and flowers in front of your business establishment. Depending on the size of your property, your landscaper might also be able to plant some trees on it. On this blog, I hope you will discover how a landscaper can make your business property more inviting to potential customers. Enjoy!

Hardscaping Heroes: Backyard Elements That Are Making A Difference In Landscape Design For 2021
23 December 2020
Being forced to spend more time at home due to the COVID-19 pandemic, homeowners are turning to their outdoor living space more than ever before for r …

Insect Damage: When To Consider Tree Removal
12 November 2020
An insect infestation in a beloved landscape tree must be treated quickly and effectively. Even if you act promptly, the tree may not survive. Knowing …